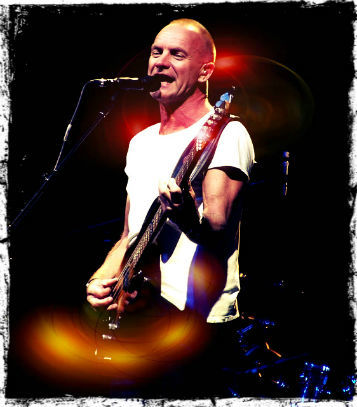 Being rich and famous is the dream of just about any kid that wants to become a "rock star", but generally it's the guitarists and singers who get the bulk of the money right? What about the richest bass players in the world? Are they truly rich or barely getting by?

Well, I discovered an article on The Richest.com that I found rather surprising.

First of all, I was surprised that they actually had a list of the richest bassists in the world.

Geddy Lee of Rush - one of the longest running bands around with 24 gold records and 14 platinum records to their name you'd think that Mr. Lee would be on this list wouldn't you? Alas with worldwide sales of 40 million as of 2012 wasn't quite enough for Geddy to crack the list.

Jason Newsted - formerly of Metallica. It's hard to believe that Jason has been out of Metallica for about as long as he was an active member. He was there for their heyday, and Newsted had the reputation of being wise with his money.

However, while Jason is surely without a doubt wealthy beyond belief - he's still not among the wealthiest in the world. No doubt the fact that he had precious few songwriting credits while with Metallica didn't help.

No Lemmy Kilmister either.

Of course, uber-talented bassists like Jaco Pastorius, Victor Wooten and Billy Sheehan are likely nowhere near the Richest Bassists alive list (Jaco being dead for several decades not least among reasons why).

Apparently some argue that Iron Maiden's Steve Harris should be on the list, like most of the others on the top 10, Harris has had a lengthy career, 15 album releases and writes the vast majority (if not all) of the Iron Maiden song catalog.

So who does that leave?

Well, put it this way - if you weren't in a supremely popular band of the 70's or 80's - odds are slim that you made this list. There are only two members on this list that had careers that went mainstream in the 90's. The rest were well established before that time.

It should also be no surprise that the richest bassists

In fact - you would be hard pressed to define the #1 bassist on the list as "a bassist" since he plays other instruments and played guitar before bass (although he did become a household name while he was playing bass in a certain wildly popular group in the 60's).

Without further ado, I give you:

The top 5 Bassists in the world: Really? Yes - when you're the bassist in a band as wildly popular as U2 - you can be filthy stinking rich to the tune of reported 150 million dollars. But wait - he does't sing? Does he write songs? Apparently he does sing on occasion but I can find no evidence that he contributes as a song writer. For that reason, Clayton is somewhat of the black sheep rounding out the top 5 richest bassists.

Was never really big on U2 - but I always thought Hold Me Thrill Me Kiss Me Kill Me had potential remade as a metal song. Hey, I'm a bass player and even I forget that Roger Waters was the bassist of Pink Floyd...not that I got very deep into that band (it took The Wall movie for me to start to understand what all the hype was about, but I still don't see what the fuss is about The Dark Side of the Moon). Waters comes in at a cool $270 million dollars.

Favourite basslines? I'm going to go with the no-brainer and say Another Brick In The Wall - simple yet iconic at the same time. Surely, if any bass player exudes money, it's Mr. Simmons. The man sings, the man writes, the man plays bass, belches fire, flies through the air and can sell anything from action figures and lunch boxes to cars, coffins and condoms (I kid you not). Even though people slam his talent - Gene is a good bassist and has come up with some memorable tunes in his day (my personal fave is Calling Dr. Love). He's not even truly #3 because at $300 million he's tied for number two with... Sting is one of only two bassists who most people forget is 1) a bassist and 2) goes by their first name (in this case...a nickname but you know what I mean) and is instantly recognized. Like Gene, Sting goes beyond merely playing bass, singing and writing songs. He's also a fairly decent actor and plays guitar as well. His lyrics are also pretty inspiring and well worth losing yourself inside. He's tied with Gene for $300 million net worth.

Favourite Sting bassline? It's a toss up - but I gotta say that chorus on King of Pain kicks ass! Number 1 with a bullet....by a wide, wide WIDE margin is Paul McCartney at a solid 1.4 Billion (with a "B") dollars of net worth. Paul has more than the other 4 richest bassists combined. But can we really say he's a bass player?

The man is a multi-instrumentalist, song writer and celebrity. In many ways he could go toe to toe with John Lennon and come out ahead. Not only that, but the man is a shrewd investor and took care of his money. Keep in mind that Paul also went through a divorce in 2008 - I imagine he may have had even more?

One of my favourite McCartney basslines is from the Beatles tune 8 Days A Week - probably because I can't play a walking bassline to save my life and Paul makes it sound completely effortless.

Want to see the rest of the top 10 richest bassists? You can see the original article right here.

Who do you think deserves to be on this list? Also, does looking at the bassists, their roles and the bands they belong to impact the type of career you want to have to become a wealthy bassist?