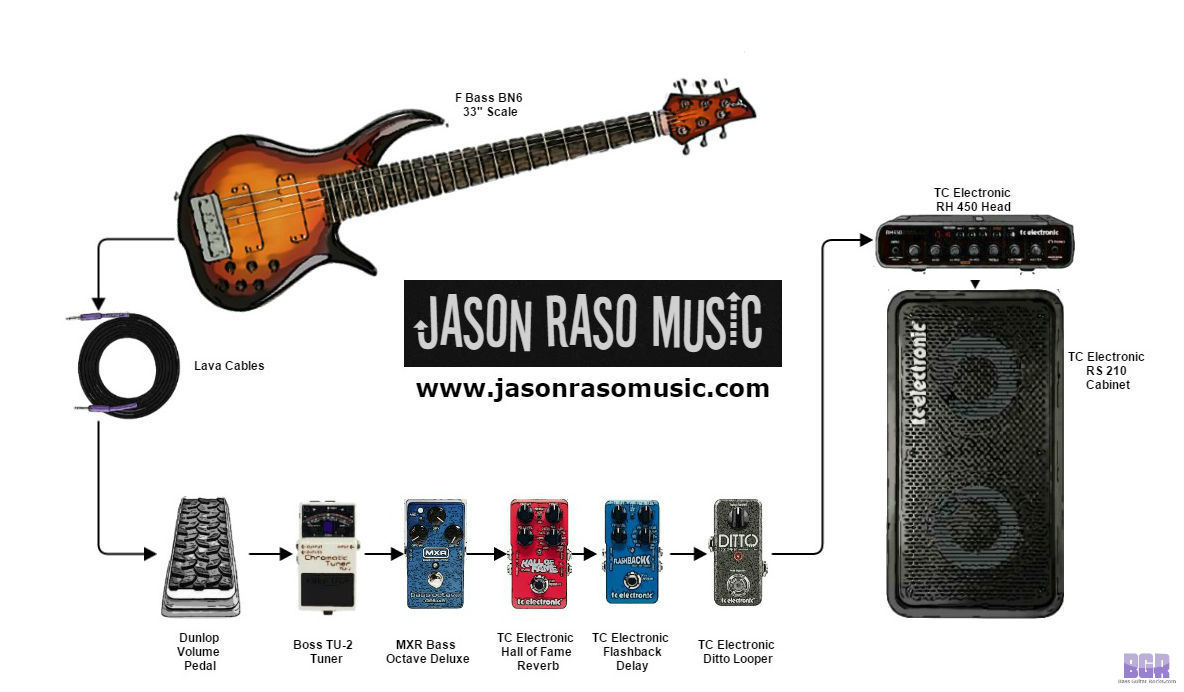 For musicians, their main instrument isn't just a "tool" that they reach for to unleash music and melody upon the world - it also becomes an extension of themselves.

When it comes to bass players, most of us tend to settle pretty early on a particular number of strings.

Five and Six String Basses Come on the Scene

Even though 5 and 6 string basses have been mass produced and within the price range of just about any bassist for the last 2 decades or so, many famous players have made the conscious decision to stick with the traditional 4 string electric bass as their main instrument.

Up until about a month and a half ago - Jason Raso was among the bass playing population that had decided that a four string bass was "home". Sure he'd played 5 and 6 string basses...even owing a five, but for him the longer scale length was the deal breaker.

But the combination of writing new compositions specifically for solo bass along with a chance encounter with a virtually one-of-a-kind instrument from a local bass luthier changed everything for Jason.

Nobody was more surprised than him to be making the switch after 25 years of playing a four string bass.

In this interview, you'll learn:

Thanks to Jason for spreading the word about his switch to an amazing six string bass.
As I mentioned in the interview, I rounded up two clips of Jason playing one of his newest songs called Spinning Forth on both a Fodera 4 string as well as his new F Bass six string.

Not only does it allow you to see and hear his new F Bass, but you can also see how he's changed up his hand position and how he's taking advantage of the extended range of note choices that a six string bass provides.

Here's Spinning Forth as performed on a Fodera 4 string bass:

Here's Spinning Forth as performed on a F Bass BN6 short scale bass:

Have you considered making the switch to a six string bass? Have you played a six string? What did you like or not like about it? Share your experience below in the comments.