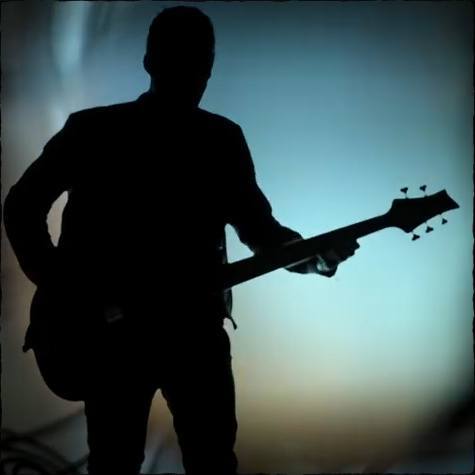 I recently heard a song with a great bassline that I wanted to share with you.

The song has a rock-vibe but with a sort of retro-80s kind of sound to it and one of the things that jumped out right away for me was the bassline. It's sort of minimal but has some cool fills and the tone is killer.

Then there was a possible connection to F Bass too, which made the song become even cooler to me (it's no secret that Bass Guitar Rocks is a huge fan of F Bass).

Check out the song and I'll share the story of how I discovered it below:

Okay, now the cat is out of the bag - the song with the cool bassline is Ghosts by Big Wreck.

I discovered the F Bass connection to this song accidentally. I heard the song on the radio and recognized the band as Big Wreck, but I didn't have any idea what the name of the song was.

Since I'm into music marketing I find it interesting when I go through the steps that a typical listener goes through to figure out a song title for an unknown song.

I went to Google and typed in "newest song from Big Wreck" or "New single from Big Wreck 2014" or something like that and that brought up listings for the song called "Ghosts" - at the time I didn't know if it was the right song.

I clicked on the Youtube video to listen for a few seconds and to confirm it was the song (it was) and I scrolled down to check out some comments. I was curious about what other people are saying about the song and sure enough, there was talk about the cool bassline with another pointing out the identity of the bass builder.

Sure enough I scroll back up and it certainly does look like the bassist IS playing an F Bass. (+1000 bonus points to anyone noticed that the silhouette at the top right corner of this website is also of an F Bass). [Now I am aware that just because an artist is endorsed by a guitar company and plays the bass live and/or in a video, doesn't necessarily mean that it's the bass that he recorded with. I'll do my best to confirm McMillan played an F Bass for Ghosts in the coming weeks.]

I remembered seeing that the bassist from Big Wreck (Dave McMillan) was endorsed by F Bass a while back but I hadn't heard any of the band's newer material the past few years. Here's a direct quote from McMillan's F Bass artist page:

"Currently Dave is the bassist for the band Big Wreck,...
Dave digs the vintage vibe and tone of his VF5 and it's ability to cut through a sea of dropped tuned guitars."

Up until now I've always been a fan of the BN5 series F Bass, but McMillan is playing a VF5 which features Aguilar AG J-HC and/or AG P-60 pickups versus the F Bass proprietary pickups found on all the other non-VF series basses.

I've always liked Big Wreck - going back to the late 90's - one of my favourite songs of theirs is called "Blown Wide Open"from the album "In Loving Memory".

Dave McMillan didn't play on the pre-2011 Big Wreck discs, the previous bass player is Dave Henning, and I enjoyed his playing and tone as well.

Ghosts is a pretty minimal song but with some tasty bass fills. McMillan's tone is to die for and if the bass wasn't enough, this song also features a Stevie Ray Vaughan-style guitar solo that lasts from 2:28-3:30 (more than a minute long) which, I shouldn't have to tell you - is pretty damn rare on modern commercial radio.

The bassline underneath the solo... McMillan is 'just supporting' that solo like crazy, but to anyone paying attention he's also giving us an awesome lesson on how to play foundational bass while masterfully staying out of the way of the solo.

For me, Ghosts gets a vote for bassline and bass tone of the year.

Jason Raso also shared his thoughts with me when I sent him a link to the video:

Do yourself a favour and give a listen to Ghosts by Big Wreck. It's a great song with a killer guitar solo and a smoking bassline - what's not to like? Who knows what other cool basslines and guitar solos might be lurking on Big Wreck's latest disc by the same name?

I'd love to hear what you think about the Ghosts bassline? Do you think it's a nominee for 2014 bassline of the year?

Thanks for checking out this post and if you know of any other cool bass performances that I should check out - please feel free to share them in the comments below.